R
Soft Secrets
For most people, music is an integral part of life. A song can remind us of our first kiss, dance, or even heart-break. We listen to specific music when we are happy and different music when we are sad. For many, this is experience is enhanced when the same song is experienced under the influence of cannabis. There are many possible explanations for this phenomenon. The first is that cannabis acts on the area of the brain that processes auditory stimulation. When test subjects were exposed to burning cannabis leaves, they were able to better recall lyrics, understand differences in sounds and other nuances that make up musical pieces and make rhythms sound better. Some subjects even reported that the lines between the visual and auditory senses were blurred causing a sensation known as synaesthesia. 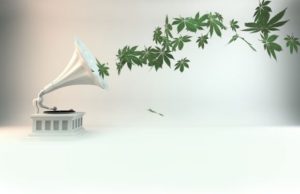 Another possible explanation for this phenomenon is the fact that marijuana relieves stress. While relaxing the body and mind, it opens the channels that allow you to appreciate the music on a deeper level. When you are not worried about the stressors of the day or the other things that may be concerning you, you are able to focus on the message as well as the melody, rhythm and other sensations presented in the piece. A further explanation is that marijuana causes the brain to lose the ability to separate the relevant and irrelevant stimuli. Because of this, subjects in the aforementioned study reported noticing subtle differences in pitch that they had been unable to notice prior to this. Also, when closing their eyes, the subjects reported being able to arrange things by sounds, seeing colors and notes instead of geometric patterns. Still another reason is that music is a huge part of the ritual behind smoking marijuana. For many people, sharing a joint or a bowl starts with putting on just the right CD. As the smoke permeates the lungs, the music permeates the soul. [caption id="attachment_3124" align="aligncenter" width="300"] 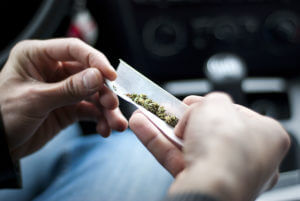 cannabis[/caption] The final reason that music may sound better when a person is high involves the artist. Many pieces of music were composed, preformed and recorded while under the influence of drugs, alcohol or other mind-altering substances. Because of this, an altered mind can often appreciate the subtle nuances better than an unaltered mind. In the end, it really doesn't matter why marijuana makes music sound more beautiful. What matters is that it does. So, turn on some tunes, light up a bowl, close your eyes and enjoy. SOURCE Royalqueenseeds.com
S
Soft Secrets